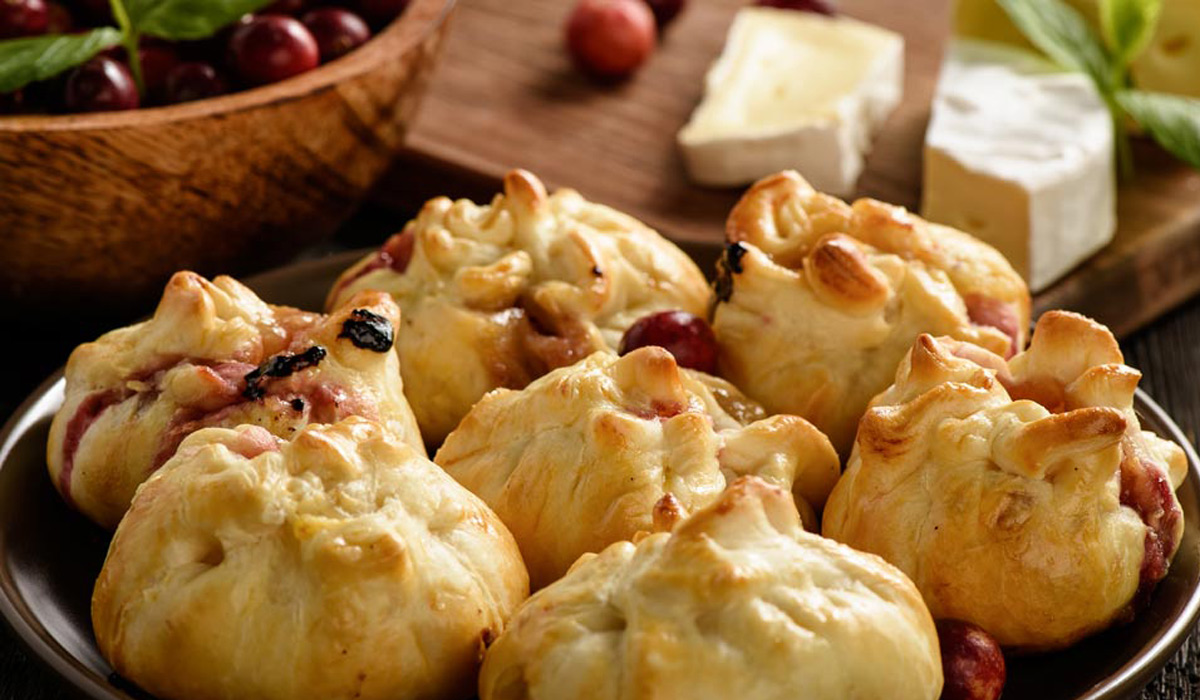 Baker's Choice: The Cheeses That Please

Sugar and butter may be more commonly known baked goods ingredients. But cheese is increasingly appearing in both savory and sweet bakery items, adding flavor, texture and more.

According to Technomic’s 2019 Cheese as an Ingredient in the Food Processing Channel report, “food manufacturers continue to look for areas where they can bring unique cheese flavors into their formulations.” In 2018, cheese had 3% sales penetration in the bakery channel. That may not seem like much, but shelf-stable pastry, Danish and coffee cake were the fifth-largest product category driver for cheese volume in the industrial channel (behind dry macaroni and cheese, frozen appetizers and snack rolls, prepared cheese sauces, and frozen pizza—the dominant product category that accounts for 30% of total cheese volume).

In addition to traditional breads crusted with Asiago, Pecorino Romano and Parmigiano-Reggiano, cheese is popping up in sweet items made with ricotta, ham-and-cheese-stuffed pastries, cheddar-infused biscuits, and other baked items. “Cheese can add creaminess—like adding a bit of brie—or it can be crumbly, like a blue cheese that gives a bit of tanginess,” says Michael Landis, owner of Michael Landis Food and Beverage Educational Services and an American Cheese Society Certified Cheese Professional®. “Depending on what you’re trying to achieve, like sour tanginess, sweetness or saltiness, you can manipulate the exterior or fillings [in countless ways].”

An Array of Options

To successfully incorporate cheese into baked goods, chefs and CPG manufacturers must account for several factors. Each variety’s melting capabilities, for one, can add different types of texture to a product.

“You have to think about what’s going to happen when you put [cheese] in there: Will it turn to mush, or will the flavor characteristic be lost?” Landis says. Cheeses with high moisture content, “like a Havarti, mild cheddar, Monterey Jack or mozzarella, are going to melt really well,” he adds, “whereas harder cheeses, like Asiago or Parmesan, tend to not be as creamy,” so you’re able to manipulate them more.

Some types can help add texture to an item without necessarily altering taste, according to Landis. “There are Swiss–style cheeses so bland that, when you heat them, they just absorb the flavors in the recipe,” he says. “You can use the cheese to create a gooeyness.”

When you add cheese can also have an effect. Soft cheeses like goat, Brie and gorgonzola may be able to contribute to baked goods’ overall consistency if incorporated early in the baking process. Hard cheeses, meanwhile, generally hold their structure, offer a ton of flavor and can be used at the beginning or end of baking, says certified culinary scientist and blogger Jessica Gavin.

“You could use a mascarpone mixed into muffins instead of sour cream to make them more moist and richer. That adds great texture and complexity,” Gavin explains. “You can grate [hard] cheese and mix it into baked goods and get layers of aged flavor inside, and add more cheese on the outside. Or you can just put a sprinkling of it on at the very end to give it a pop of flavor.”

Gavin is also a fan of blending different cheeses for a more complex taste—potentially even offering a sweet and savory effect. “A hard cheese like a melty Gruyère or Swiss type of flavor melts nicely into a cheese souffle. I might add Parmesan for an aged rich nuttiness,” she says. “You can use those in combination.”

Cheese made with artisanal ingredients, ranging from red Thai peppers to bourbon—a trend, Landis says, that seems to be becoming more popular—may also blend well in a baked good. “Something with ghost pepper in it would give it that heat,” he says. And sea salt would add a little bite, he adds.

When sourcing cheese, Landis recommends ensuring that cheese makers have used high-quality milk in their products. “That’s something you look at—cheesemakers being able to get milk with the fat and protein that’s appropriate for that style of cheese,” he says. “Somebody making a bloomy rind, like a Brie, using [milk] from a Jersey cow is going to give you this amazing flavor. Holsteins are really good for generic cheeses.”

While the intended result will likely determine which specific cheese would be best in a dish, Landis doubts there’s a baked good or other recipe that some type of cheese couldn’t be used in. “In over 25 years of working in the food industry, I would say it’s very universal,” he says. “Between cream and hard cheeses, you really have a lot of characteristics to work with. Cheddar, Parmesan, Swiss, goat cheese—each gives a similar but very different outcome. That’s really cool.”