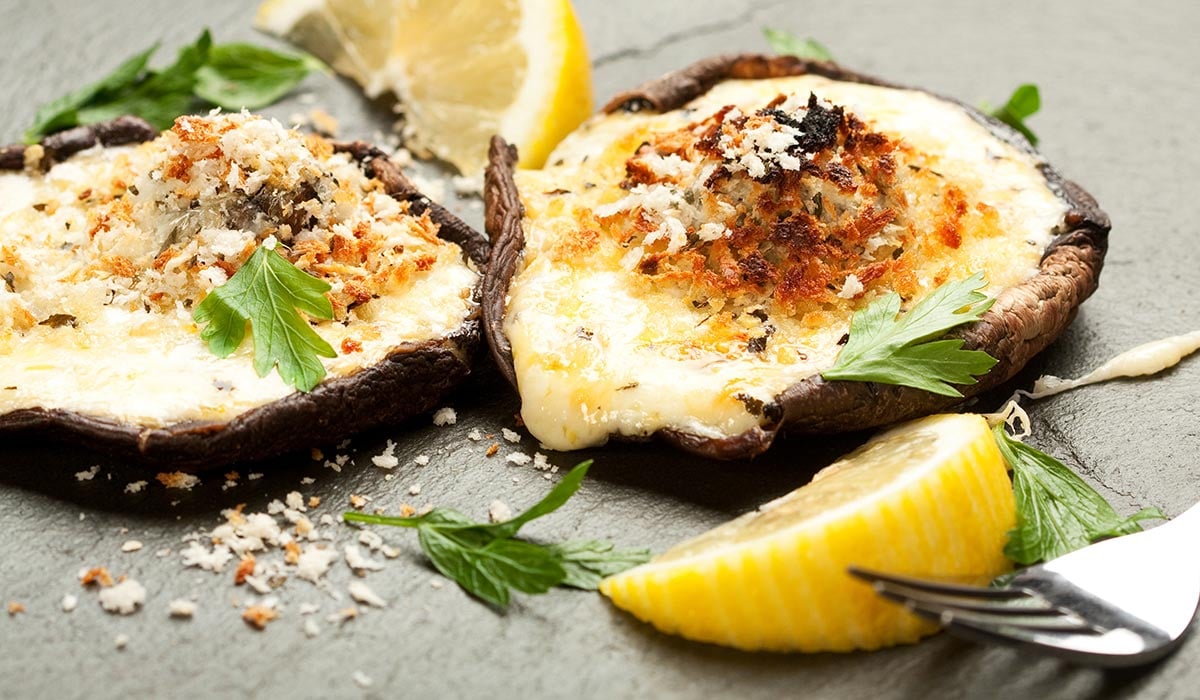 If you want to move an item or entice customers with a new product, do what every savvy culinarian does: add cheese.

The reason for this is simple: people love cheese. Many Italian and Mexican dishes just don’t work without it. Cheese’s melt-in-your-mouth goodness elevates both sweet and savory applications — everything from a tried-and-true grilled cheese sandwich or an elegant croque-monsieur (the French version of a baked or fried ham and cheese sandwich) to trendy cheesecake shots and even cheese coffee (a bicoastal craze that involves topping strong coffee with the equivalent of creamy cheesecake-like filling).

When adding cheese to a formulation, product developers have several options from which to choose. They can use cheese in a formulation as a major component (such as in the aforementioned grilled cheese sandwich); as an inclusion (in a cheese and pepperoni-filled ravioli, for example); or in a coating or breading to enhance texture, boost flavor and increase desirability (think parmesan breaded chicken tenders). Or, the cheese itself can get a boost by adding sweet or savory inclusions. The Great Midwest® lineup, for example, includes a Blueberry Cobbler cheddar (sweet), Morel and Leek Jack cheese rounds (savory), and a Mango Fire cheddar that pairs the sweetness of mango with the heat of habanero peppers.

Other popular inclusions in savory cheeses and cheese products include herbs and spices (Stella® Rosemary Asiago or Mediterranean spice-rubbed Parmesan, for example); swirls of pesto; chives, onions or garlic (plain or roasted); smoke; or even meats such as salami and bacon.

Neutral flavors that add a new taste dimension range from nuts and various flavor extracts to wine, beer and spirits. Unique flavors on the market include such items as Great Midwest® Caesar Jack cheese, a mild cheese that includes the components and flavors of Caesar salad dressing.

Daring to Be Different

Modern consumers’ willingness to leave their comfort zones and try new flavors, new combinations and new eating experiences — within reason — is a boon for product developers eager to innovate. While a few daring chefs have put it on their menus, for instance, it’s unlikely that goat cheese ice cream will become the latest offering from Häagen-Dazs. A creamy goat cheese spread with dried cherries and walnuts, however, could easily appeal to a wide variety of consumers.

Last year, Dairy Foods magazine reported on flavor trends in the processed cheese and natural cheese category across retail, foodservice and ingredients. On the subject of cheese as a flavor additive, Dairy Foods cited a February 2019 report by Market Research Future, noting the “increased consumption of Italian and Mexican food preparations has raised the demand for cheese in the United States, as cheese is one of the major constituents in these cuisines.”

Parmesan coatings have been a consumer favorite for many years, and now developers are bringing other cheeses into the mix. Aged cheddar is appearing on crispy coated fish sticks, for example, while combinations of cheddar and parmesan are showing up in breadings for chicken breasts and tenders. Though not new, such cheese combinations represent a modern twist on traditional blends like Colby and Jack or Quattro formaggi (four cheeses), which were popularized a generation ago to capitalize on emerging culinary and consumer taste preference trends. The “Mexican-style” four-cheese blend of Monterey Jack, cheddar, queso quesadilla and asadero cheeses is but one example; the blend of four classic Italian cheeses used to flavor Kellogg Co.’s Cheez-It® brand of snack crackers is another.

As for cheese as a stand-alone item, the Dairy Foods report cites a number of cheese product developers who have reported increased consumer interest in new flavors, new varieties and new blends of cheeses. But developers must walk a tightrope for such products to succeed: they must satisfy consumer demand for new takes on traditional offerings and yet not alienate consumers by straying too far from familiar flavors.

Of all the flavored cheeses that are trending, those infused with hot chili peppers or similar flavors have proved to be the most successful. While jalapeño Jack cheeses have been around for years, such variations as jalapeño Havarti cheese, chipotle pepper cheeses and Gouda cheese flavored with Sriracha — the garlicky hot pepper sauce from Southeast Asia — have been enormously popular.

Other ethnic flavors have brought some sizzle to cheese offerings. Great Midwest® cheddar cheese infused with the super-hot Indian “Ghost pepper” (Bhut jolokia) has enjoyed a limited release, for example, while the milder but extremely trendy Hatch pepper also has found its way into a number of cheeses and cheese products.

But the heat has only just begun. Catching fire of late are such ramped-up, four-alarm pepper flavors as Habanero, Scorpion and Carolina Reaper. These hottest of peppers have been making their way into commercial food products to satisfy a growing consumer craving for fiery foods and should be of special interest to product developers working with cheese. This is because the smooth, creamy flavor and texture of cheese is considered a comforting counterbalance to the heat of extremely spicy peppers.

The ancho chili, by comparison, lacks heat but is rich in flavor. A common ingredient in brown mole, this dried poblano has been used to make a number of well-received cheeses and cheese spreads, and it pairs nicely with smoked cheeses such as smoked gouda. Ancho chili also works well in creamy cheeses with an element of sweetness. The Dallas-based Mozzarella Co., for example, has long offered a layered Ancho Chili Mascarpone Torta that performs extremely well, and Gia’s Cheesorizo makes a firm ancho- and cumin-infused “slice and grill” cheese product. Some boutique bakers, such as Sugar Shack in Atlanta, have even incorporated ancho into their cheesecakes, exploiting the pepper’s almost chocolatey flavor notes to bring excitement — and a hint of the unusual — to a menu staple.

Pairing goat cheese (a classic Mediterranean fresh cheese) with other Mediterranean ingredients, such as figs and balsamic vinegar, works especially well. But it’s also a suitable companion to the sharp fruitiness of cranberries and rich cinnamon or the soft fruitiness of blueberry and vanilla. Other complementary flavor pairings for a creamy goat cheese include honey and citrus; rich, earthy truffles; and pepper (including chili peppers and, especially, freshly cracked black pepper).

Many consumers just can’t say no to cheese. Product developers looking to boost the appeal and profitability of their sweet and savory offerings should look to cheese — in all its forms and flavors — as the value-add that will add real value.

What to Know About Today’s Cheesemakers [Infographic]