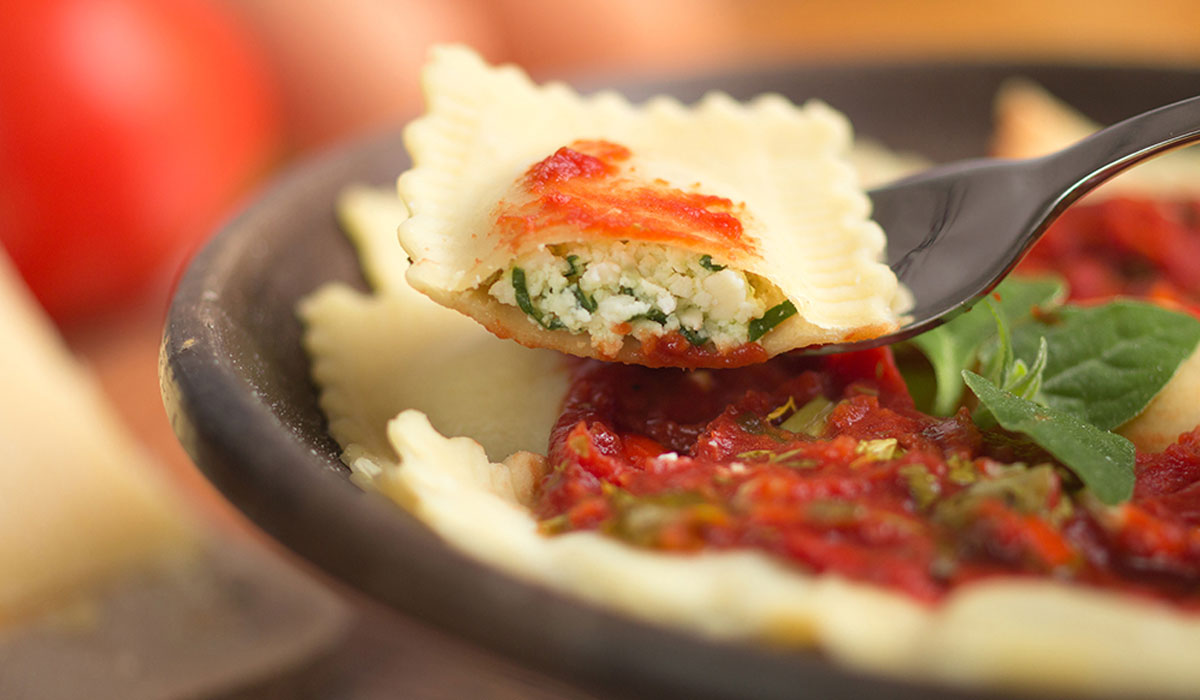 Since our hunter-gatherer ancestors learned to domesticate and milk farm animals, our love affair with cheese has never stopped. A Marketresearch.com poll on cheese revealed that nearly 100%of respondents eat cheese. Moreover, a third of those respondents contributed that they’re eating more cheese than before.

For years, the great love of this original comfort food was such that many consumers were less inclined to venture out of their comfort zone of cheddar, Swiss, American, and similar mainstream cheeses. Then, global influences and celebrity chefs introduced consumers to the wide world of cheese beyond the familiar and opened the door to cheeses from around the world such as Asiago and aged Gouda, as well as domestic versions of favorite Old-World cheeses like goat cheese, fresh mozzarella and cheeses flavored with herbs, stout, or wine. 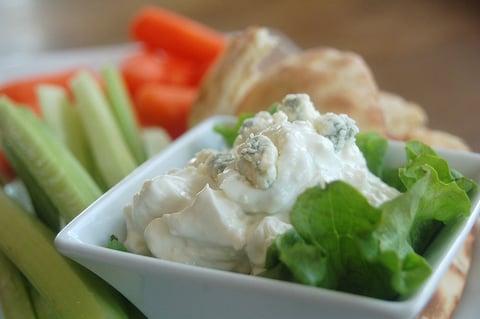 With a variety of cheese flavor options available, cheese experts are seeking and expanding on more ways to meet growing demands and provide cheese and cheese flavors to consumers. Convenience, too, plays a big part in this, and that includes making sure cheese is in front of mind and line of sight when consumers are looking for that perfect hit of fromage. We’re seeing more cheese and cheese-flavored items appear not only in the supermarket dairy case, but the meat case, the produce section, and up front in the in-store grab-and-go deli displays.

With a pageant of varieties, cheese can be found front and center for consumer convenience. Providing different forms — such as strings/sticks, squares, cubes, bars, slices, and mini-wheels — in a variety of flavors and styles has proven to be a significant driving factor in cheese’s value-added product push. For example, data collected from the research group IRI show that, during a 52-week tracking period ended March 24, 2019, the natural cheese category alone generated dollar sales of $13 billion (up 1%), based on a unit volume of 3.9 billion (up 2.2%) across the nation’s multi-outlet retailers and convenience stores. The IRI research also included cheese sales through grocery, drug, mass market, convenience, military, and select club and dollar retailers.

While originally associated with kids’ lunches, easy-to-access pre-portioned cheeses in strings/sticks, cubes, and mini-wheels, etc. as described above continue to rack up solid sales among adults. More moms and dads are buying pre-portioned cheeses for themselves. This has called for infusing new cheese snack offerings with more adult-friendly flavors, i.e., aged Jack cheese with chili peppers, goat cheese with truffles, and feta with herbs marinated in virgin olive oil. The trend has extended to string cheese-style cheese sticks, as well, moving them beyond mozzarella, Colby, cheddar, or Jack to Gouda, Asiago, and other artisanal-style cheeses.

Within the different cheese types, variety also has become a marketable way to serve today’s consumers and their more educated palates. Good old Wisconsin cheddar will no longer suffice when under that category alone a selective buyer can find not only mild, sharp, and extra sharp but a span of aged versions from six months to a deep, caramel-like five years. Blendings of cheeses, too, increases the options for curious cheese lovers. Popular examples include aged cheddars with notes of gruyere or parmesan. Goat cheddars, too, have become popular favorites, following the big growth in soft goat cheeses and goat cheese crumbles.

A new generation of dipper cups has also hit the shelves recently. They are more complex and sophisticated than the soft, processed cheese products of old. Today’s new spoonable, spreadable cheeses today are flavored with everything from merlot wine to fig to garlicky, spicy sriracha. Some iterations even come laced with fruit (such as cranberry, fig, cinnamon-apple, and blueberry).

Where cheese as a solo treat has “gone upscale” so too have the multi-item single pack lunch combinations. The evolution of cheese combo snacks into more sophisticated “lunchables” for adults pair cheese as key players in premium protein and artisanal packages. They typically are combined with such accompaniments as cured meats, nuts, dried fruits, breads, and even premium chocolate pieces.

Other interesting new cheese snack innovations are appearing outside of the dairy case. Michael Foods’ Inc.’s “Ready, Egg, Go!” mini-meal snacks are one example. They include such items as a hard-boiled egg and nuts with their starring cheese. Varieties in this line include Pistachios and Cheddar, Roasted Peanuts and Colby Jack, Cashews and Gouda, and Almonds and White Cheddar.

There’s no denying the popularity boom of salad kits, and these, too, have grown up with the trends. Many include cheese as an attractive and delicious protein boost to such mixes as spring greens and kale. But these aren’t anonymous blue cheese crumbles and parmesan shreds. Instead, processors have leaned toward the more marketable artisanal blues such as gorgonzola, Danish blue, and Stilton, as well as shreds and small cubes of richly flavorful cheeses, such as aged Gouda or Asiago. Or, to satisfy ethnic flavor trends, these salad kit makers are opting for cheeses infused with chipotle and pesto or dried fruits, such as cherries or cranberries.

Salad needs dressing, and cheese is coming into its own in the dressing aisle as well. In fact, the strongest vehicle for driving cheese flavors in dressings is in the booming refrigerated dressing category. With research groups such as Mintel, IRI, NPD, and Innova Market Insights all concurring that consumers are on a mission to eat “better for you” and “eat fresh,” the refrigerated/grab & go trend continues to grow at a brisk pace, and refrigerated organic salad dressings are no exception.

According to recent IRI data, while refrigerated dressing sales have risen by more than $20 million, shelf-stable dressings have declined by the same amount. IRI also noted in a later survey that the organic refrigerated salad dressing category experienced a jump in growth of around 62%. In this category, the researchers noted, blue cheese flavors and Ranch flavor are the clear leaders, accounting for 44% of sales. Poised for the next surge, product makers as well as consumers are expanding their options beyond blue cheese when it comes to refrigerated dressings. Conagra Brands, Inc.’s Bernstein’s line of dressings, for example, offers its Cheese Fantastico Italian dressing. The product is a triple threat featuring Parmesan, Romano, and Provolone cheeses.

Another growth area for cheese and cheese flavors is in the pasta category, especially filled pastas, and even more especially filled fresh/refrigerated pastas. These include ravioli, tortellini, shells, cannelloni, and others. Recent data from The Nielsen Co. forecasts that the pasta industry will continue to see gains in global pasta sales.

The International Pasta Organization (IPO) reported that the ongoing increase is driven in part by consumer attention to health and sustainability trends. “This positive momentum is influenced by consumer attitudes showing an increased interest in wellness, and a sustainable approach to eating,” noted the IPO in a recent report, adding, “As a plant-based food, pasta has an extremely low environmental impact, making it especially attractive to consumers. Another area of advantage for pasta is that it is energy dense, and easy to store and distribute.”

While overall growth in pasta has been between around 0.6% and 1.5% for the past decade or more, a Mintel survey noted that out of nearly 1,700 pasta products launched over a five-year period, refrigerated pasta was the second most popular launch. And of all the pasta products launched, about one in six were flavored, with cheese flavors leading that flavored pasta subcategory at more than three times the number of products over the second most popular flavor, spinach. In dollar amounts, according to information from researchers at Statista, sales of chilled fresh pastas surged past $340 million in 2016 and are climbing steadily. With protein-rich foods and healthy, “mindful” snacks, and better-for-you entrée items driving strong growth in the snack and ready meal categories, and getting the best value top of mind for today’s consumers, highly versatile and always alluring cheese delivers the favor and flavors to keep satisfying every need.

Adding real dairy cheese to snack, pasta, dressing, or deli preparations has never been easier. Whether playing a lead role in the form of sticks, bites, or slices; a supporting role as shreds or crumbles; or even playing behind the scenes by bringing comforting flavor and silky-smooth texture to a dressing, sauce, or filling, good cheese will surely shine throughout the formulation.

A Little Bite of Perfection