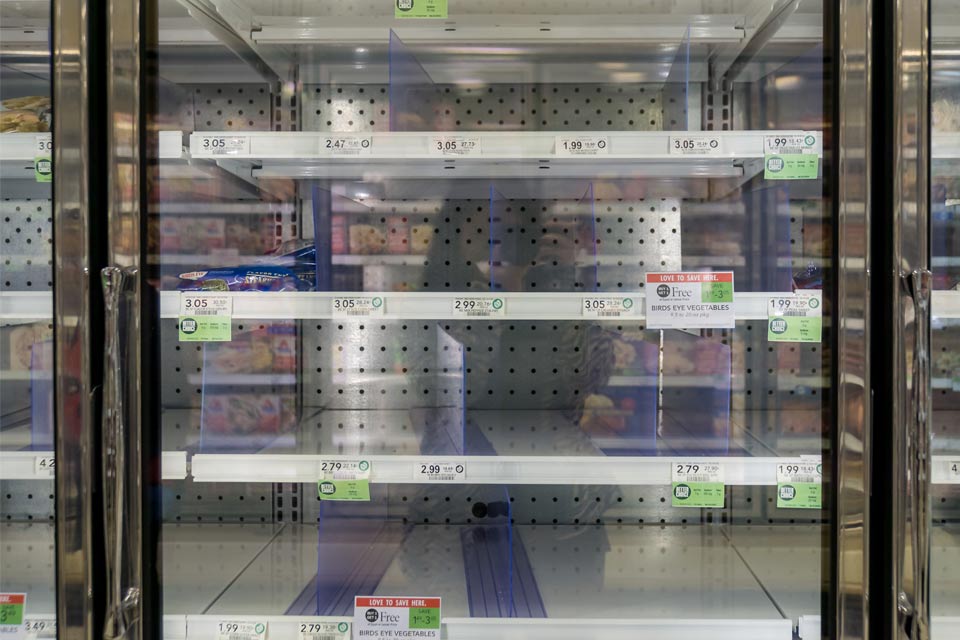 What’s Next for Frozen Pizza?

Within a month of the U.S. government’s March 13 COVID-19 state of emergency declaration, more than a third (38%) of consumers told Datassential they were spending more per grocery store visit to stock up on food (including frozen goods) and other staples. Research from the American Frozen Food Institute confirms that 70% of consumers purchased more frozen foods than usual in the first five weeks of the crisis.

Frozen pizza, in particular, has been a popular retail choice. In March alone, Americans spent $275 million on it—a 92% increase from the same time period a year ago.

Convenience, along with a perceived safety factor, may be drawing some consumers to frozen pizza, according to Phil Tong, Ph.D., director of dairy science, education and research at the American Dairy Products Institute. “Pizza chains are starting to promote safeguards they’re using where they just drop off the pizza,” he says. “But there are still certain advantages for those who want to have zero contact and the convenience of having it in the freezer to make themselves.”

Frozen pizza accounts for the vast majority of U.S. food processors’ use of cheese as an ingredient, eclipsing the second product category (prepared cheese sauces) by 22%, according to Technomic’s 2019 Cheese as an Ingredient in the Food Processing Channel report.

Although frozen pizza-related demand for cheese was already high pre-COVID, suppliers have been able to provide enough cheese during the pandemic—at least so far, Tong reports. “From what I’ve seen, the dairy industry has plenty of cheese and is still in full production,” he says. “There haven’t been rumors of a shortage. Any increase [needed] for frozen pizza manufacturers

can be easily addressed because there’s plenty of cheese production capacity as a result of the [demand] slowdown in the foodservice sector.”

Mozzarella and soft Italian cheese tend to be the types most frequently sprinkled on top of frozen pies, with a 77% market penetration, per Technomic data. Other varieties—including provolone (25%), Swiss (8%), blue (4%) and Italian hard cheeses such as Asiago, Parmesan and Romano (9%) are also used, however.

“For pizza applications, cheeses have to have a certain functionality when they cook,” Tong explains. “They have to be able to melt and then be able to stretch—there has to be some resistance or chewiness to mozzarella, ideally. Some of the milder younger cheeses, even cheddar and Monterey Jack, have been used because they have similar functionality to mozzarella.”

The way a cheese will perform during the freezing process can be a factor in its applicability, Tong continues. Mozzarella, for instance, can lose moisture due to freezers’ low humidity environment. A low-moisture, part-skim mozzarella cheese blend would be able to maintain qualities such as shreddability better than a cheese with high-moisture content when frozen, he says.

Another important functionality “is what we call free oil formation,” Tong adds. “Cheese has some fat, but you typically don't want to see big pools of fat as cheese melts on pizza. Freezing can disrupt the structure to cause more leaking, so trying to control the age of cheese prior to being frozen is critical to influence those kinds of properties.”

As of mid-May, restaurants had reopened dining rooms in some states, and data showed a growing number of consumers were amenable to the option. More than half of diners surveyed by Datassential said they still definitely planned to avoid eating out, however.

Although the current COVID-19 climate makes it hard to predict what public sentiment will be months from now, Tong believes people may be anticipating significant changes in the way they shop, dine, and conduct other daily tasks over the next 18 to 24 months. “A vaccine will really open things up,” he says. “Looking beyond the year-and-a-half to two-year horizon, things can change quite dramatically from where we are today.”

With stores and other businesses gradually becoming more accessible, there’s currently some sense of a return to normalcy. According to a weekly survey Datassential conducted in mid-May, consumer concern about COVID is at its lowest level since the research firm started asking the question.

Even if consumers continue to feel increasingly comfortable ordering takeout or delivery or dining out, frozen pizza sales may remain robust due to cost, says Senior Managing Editor and Trendologist Mike Kostyo. “The No. 1 reason for choosing frozen pizza over delivery is probably price,” he says. “At a time when a lot of people are losing their jobs or being

furloughed—or are just worried about the economy—choosing frozen pizza makes sense, and that likely will continue as the economic ramifications continue.”

Frozen CPG manufacturers may want to focus on fueling their innovation pipeline in the coming months so they’ll be able to address some of the globally inspired and other dining trends that had taken root before the pandemic began. “We’re thinking the end of 2020 into 2021, things will get back to normal, as far as flavor options go,” Kostyo says. “There are a number of new ideas that have been happening on the restaurant side; some of those may translate to frozen pizza in the future.” (Kostyo points to Peruvian barbecue pizza as an example.)

As the American marketplace begins to rebound, “We know consumers will want more new or interesting options,” he adds.

Being able to fulfill the desire for new kinds of frozen pizza featuring global flavors and ingredients—coupled with frozen pizza’s convenience, cost and the lack of personal contact that’s required to obtain it—could help drive the category’s already strong sales even higher.

Stay informed about cheese production, demand trends and other important information by signing up for Saputo’s “What’s New in Cheese” e-newsletter.

What to Know About Today’s Cheesemakers [Infographic]

What to Know About the ACS Certified Cheese Professional® Designation