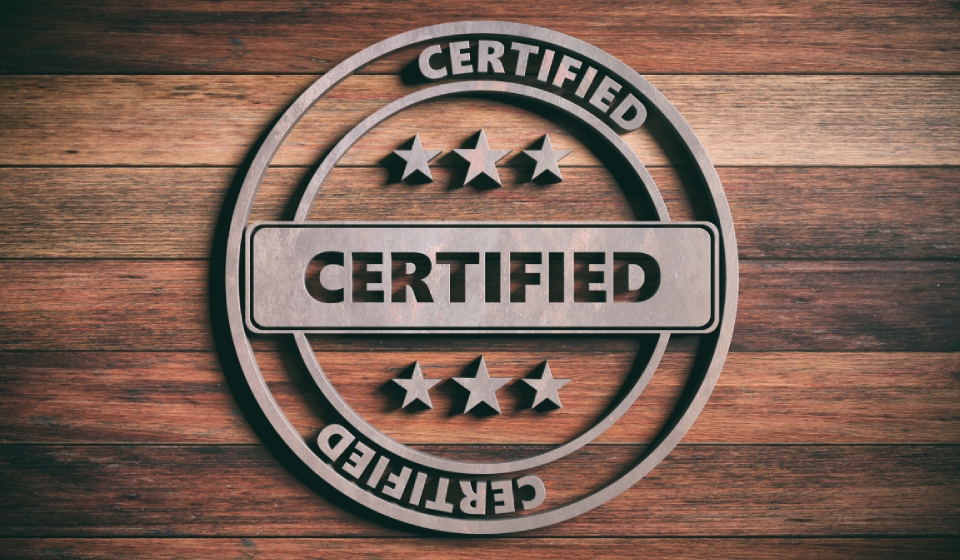 What to Know About the ACS Certified Cheese Professional® Designation

In honor of National Cheesemakers Day, celebrated every June 18, cheese experts who’ve been through the rigors of the ACS CCP™ process reveal what it takes to pass the exam, why it’s an important credential to have, and how it benefits the food and beverage operations for which they work.

The ACS CCP™ Exam is essentially the bar exam of the cheese world, administered annually in Richmond, Virginia. (Due to the coronavirus pandemic, the test will be conducted online for the first time this year, on Sept. 16.)

The ACS CCP™ Exam goes well beyond asking people what they know about different types of cheese. The 150-question test also requires knowledge in six “task areas,” covering everything from cheese marketing strategies and proper food storage to milk composition and inventory management. Test-takers must know the history of cheese, an alphabet soup of federal food regulations, and how to run a customer engagement program.

“I think most people are unaware of the depth of knowledge required to pass this exam,” says food and beverage educator Michael Landis, ACS CCP™, who has not only passed the exam, but also teaches an exam prep course.

Test questions could include:

“This exam isn’t for beginners,” says Josh Hendrickson, certification manager for the American Cheese Society. “Even test-takers with much more experience can find it challenging.”

Because the ACS CCP™ Exam covers a huge range of information, most people don’t come close to learning enough simply on the job. “It’s one thing to know cheese; it’s another to have the full background and understanding of cheese,” says Landis, who’s also earned the ACS CCSE™ title. “That includes the milks, animals, farms, cheesemaking, affinage, distribution, and regulations and safety.”

Anyone with ACS CCP™ after his or her name is part of the elite club of 1,000 people who have passed the ACS CCP™ Exam, which first began in the United States in 2012.

Most of the test-takers have a background in retail, working at grocery stores, delis, and cheese shops, Landis says. Others work at restaurants or dairy farms. Whole Foods employees comprise a large percentage of ACS CCP™ holders. Notably, 61 of the 120 people who passed the exam in 2018 worked for the grocery chain.

Many people take the test to stay on top of the latest changes in the cheesemaking industry and to better help their customers, says Angela Bozo, ACS CCP™, education director of the International Dairy Deli Bakery Association. Bozo was one of 122 industry members who passed the ACS CCP™ Exam in 2019. To prepare, she used the ACS study guides, read supplemental materials from their reading lists, and took courses through two of their authorized educators.

“ACS CCP™ means that someone is really committed to the cheese industry and put in the work to pass a challenging, generalist exam that covers a huge amount of cheese information,” she says. “It inspires me daily that there are often waitlists to take that exam.”

Passing the ACS CCP™ Exam is an immediate boon to people’s self-confidence and knowledge, Landis agrees. “It’s like the process of [earning] a college degree: you study and work hard to get this certification,” he explains. “It’s not a given. I know some very experienced and talented cheese professionals who have failed.”

The ACS regularly surveys CCP™ holders and CCP™ candidates, Hendrickson says, and both “overwhelmingly report that they have increased knowledge of cheese and the cheese industry, which results in better-informed customers and increased sales.” More than 50% of the people who have passed the test reported increased job mobility within three years of taking the test—and 75% reported an increase in pay, he adds.

Having an ACS CCP™ on staff is good for businesses too. “It enhances the reputation of the business, whether that’s a small retail shop, a large grocery store, or even a restaurant,” Hendrickson says.

Employees who go through the ACS CCP™ Exam process can be excellent resources for training other employees. Encouraging employee learning is also a great way for food manufacturers and suppliers to show they support their staff’s professional development. Research confirms these efforts pay off for employers: According to LinkedIn Learning’s 2018 Workplace Learning Report, a whopping 94% of employees said they would stay with a company longer if the company invested in their career.

Earning the ACS CCP™ designation is an affirming process for the people who do the hard work to get there, and they bring that knowledge and dedication back with them to the places where they work.

Keep pace with industry innovation and other news by signing up for our What’s New in Cheese bimonthly e-newsletter.